My primatology research focuses on cognition in wild orangutans. I’m looking into how orangutans use their intelligence to help them navigate to find food. 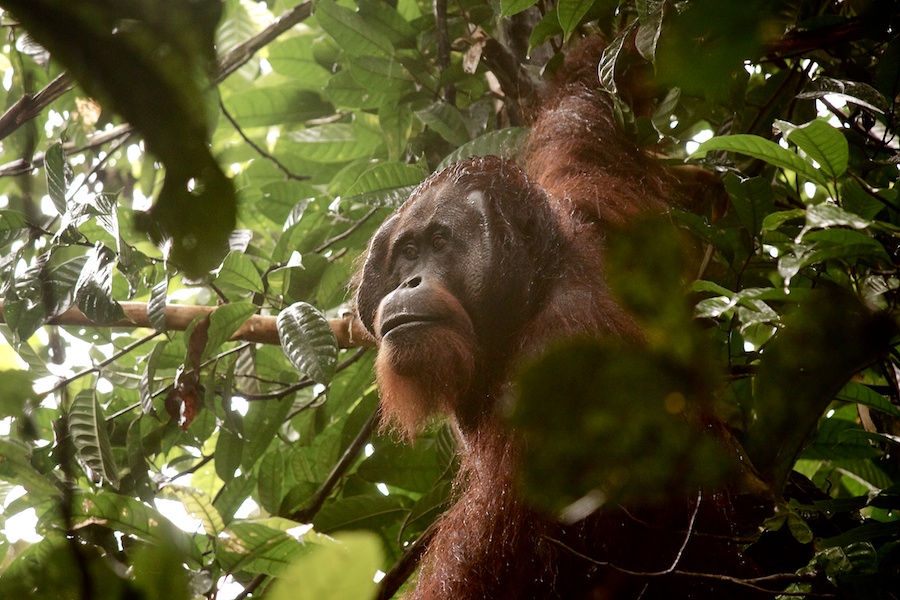 Unlike the forests in Europe and North America where fruit ripens at predictable times every year, in tropical rainforests, fruit on which orangutans and other primates rely can ripen unpredictably. Some species can produce fruit throughout the year, while other species only ripen every 7 years. Even two trees of the same species right next to each other can produce fruit at different times of the year. 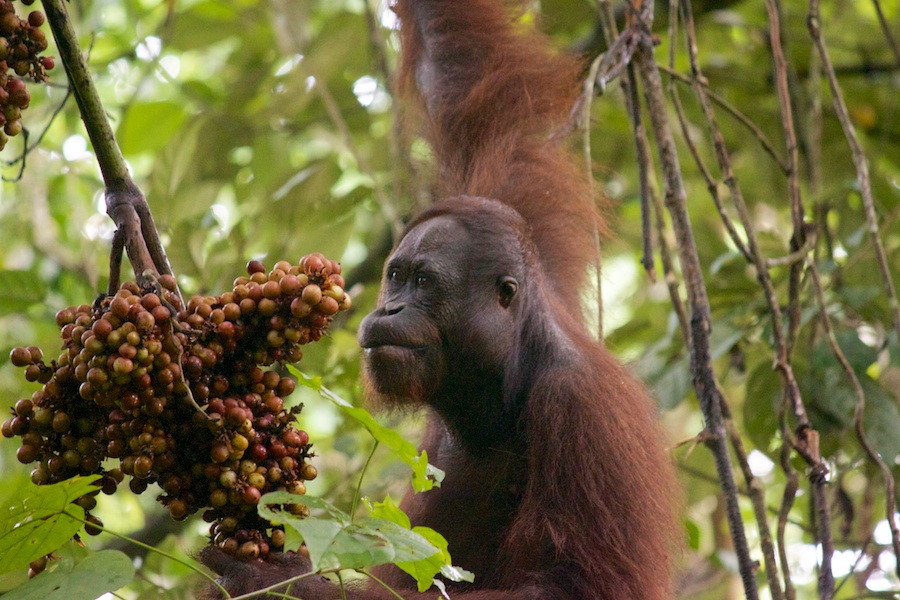 Darwin seems to have no trouble finding a tasty meal of ripe fruit.

Others have found that orangutans and other primates can find food much better than if they were wandering aimlessly around the rainforest. In fact, they can predict when fruit ripen better than human experts! But at the moment no one knows how they do it. At our field study site in Kutai National Park, Borneo, Indonesia, we are trying figure this out. 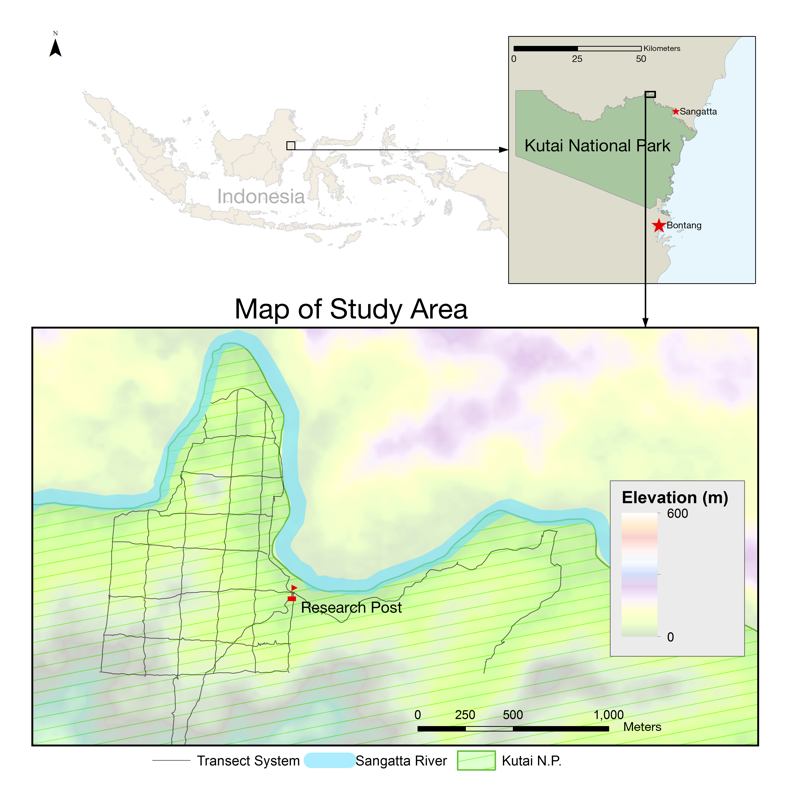 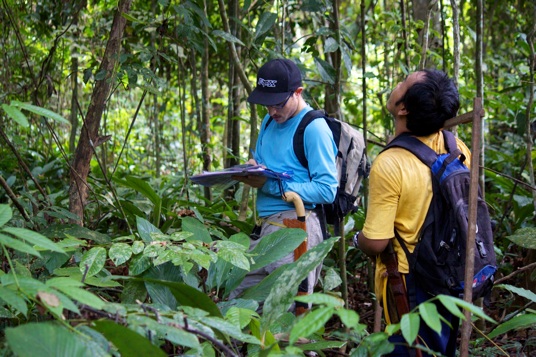 Me collecting data with Ahmad, one of our field assistants. (Photo Credit: Agnes Ferisa)

Recently, we found that just like us humans, orangutans seem to travel along “roads” and “highways” – they tend to travel along the same paths over and over again. The “highways” are used by several orangutans and connect to smaller, less-used “roads”. We suspect that the orangutans use this network similar to how humans use roads. Just like how we would travel to a shopping mall, and stop for milk on the way home, we think orangutans travel along the major roads towards important resources like ripe fruit, stopping along the way for less important resources like bark and leaves. 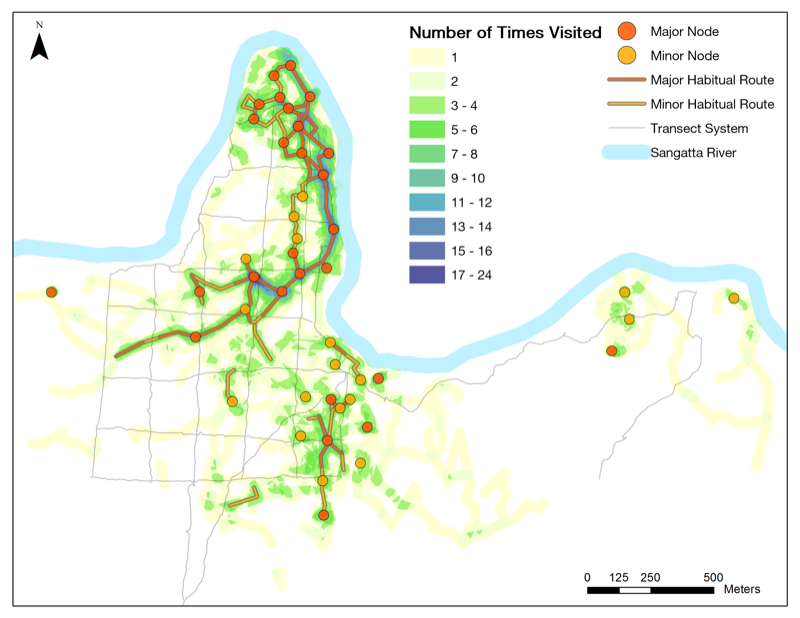 The orangutans’ habitual route (“road”) network. "Nodes" are intersections in the network.

I am currently working on several projects to try to better understand how and why orangutans form the road networks using a variety of methodology including drones, satellite imagery, and machine learning.